Memorial for the victims of the November pogroms 1938

How can you call this atonement?
This slab of solid concrete:
rectangular blocks stuck together,
stuck together and painted black –
a dull, flat, dead black with a matte finish –
Nothing lives here. This is just dead concrete
covered with dead paint.

This is a monument. Who is it for?
Do the dead really care?
There’s a hollow metal plate
that bears the names of the victims,
the innocent men and women
murdered at night in their own homes.
But the names are hard to read,
there is no contrast.
Everything has been painted
in a faded black. And so the victims
have become invisible, of no consequence,
just as they were in 1938.

What is timeless? What is for eternity?
What does it mean
for something to be timeless?
Abiding? Ageless? Dateless? Enduring?

But this monument looks like a half-hearted,
begrudging gesture. There is a feeling
of emotionless neutrality. 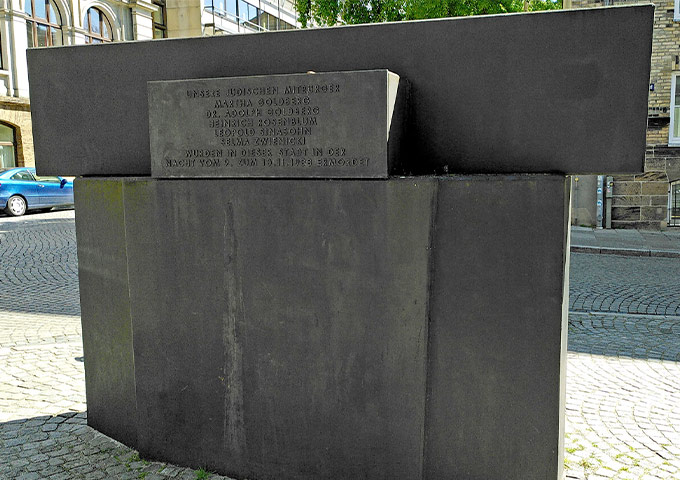 Rike Oehlerking, Memorial for the victims of the November pogroms 1938

In the end the artist died
before the monument was erected –
and the bench was left out.

Schoolchildren come and go,
people pass by on their way to wherever –
but how many of them know
anything about this monument?

Still, there are those who place flowers here
while others place small stones
along the ledge.

Sometimes there are visitors:
On the 27th of May 1997
Rabbi Dr. Jacob Gerd Wiener
from Silver Spring, Maryland,
born Koppel Gerd Zwienicki in Bremen
in 1917, recited the Kaddish
for his mother, Selma Zwienicki
and for all the dead. 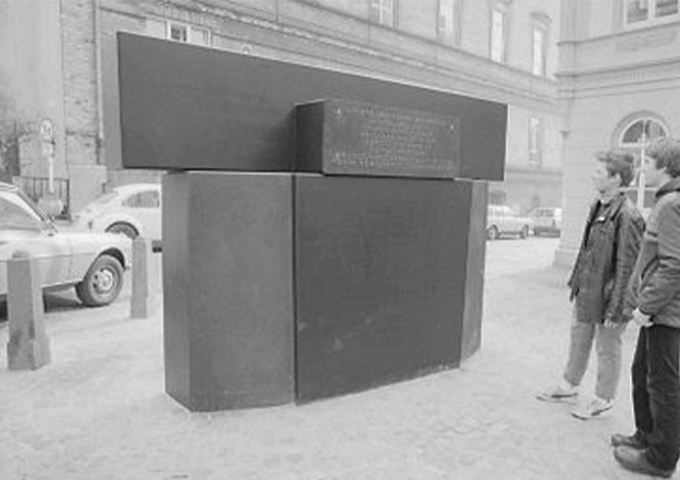 Only the victims can forgive you
if they choose to.

A few years later
someone painted white swastikas
across the dull blackness.
A few years later during construction work
a portable toilet was placed against
the monument. Nowadays
dogs urinate on it,
someone has just vomited on it –
And yet there are those who still
place flowers here, while othersplace
small stones along the ledge.

What is timeless?
What is imperishable?

Memorial for the victims of the November pogroms 1938