Otto von Bismark: there he sits, enthroned on a Prussian saddle on his East Elbe horse, the man of bronze, our eternal national spouse, the patriarch of German-speaking culture, the former pupil at the “Plamannschen Anstalt” where gymnastics were ruined for him at boarding-school age. But he denies his youthful frivolity, for he is a rebellious Junker: a bon vivant and a Dostoyevskian gambler-in-debt, but with a heart that is always in the right(-wing conservative) place.

And how did he even come to Bremen to guard the cathedral square? Supposedly, he was a bad rider, the former dike reeve from the Elbe whom the socialists in the Pomeranian State Parliament considered a reactionary bayonet sharpener. 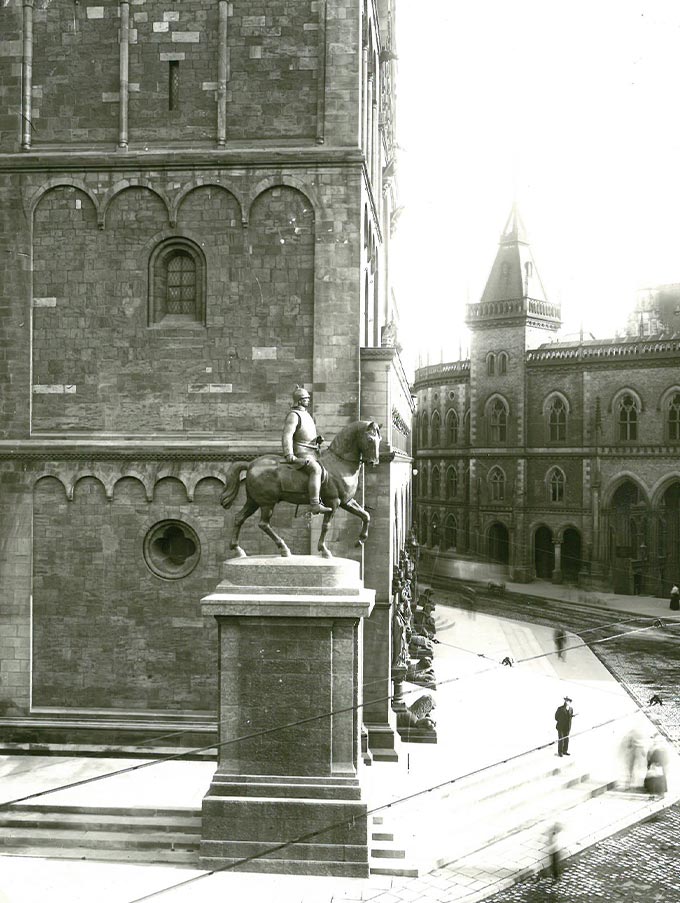 … there he sits, enthroned on a Prussian saddle …

Look closely, sightseers: He has grown old, very old, the first Chancellor of the Reich, alpha and omega in the German sky. On his horse, beneath the green patina of the 19th century, he resembles a seahorse in a coral reef more than a Prussian shogun. But his expression is still severe and power-hungry. It is aimed at the magnificent Bremen City Hall and its clever merchants. Unforgiving of the Hanseatic betrayal in the North German Alliance, he ignores the Bremen State Parliament on his left – too much democracy, too much social democracy, too much green!

He also turns his back on the Bremen Cathedral, the pious hunter of Catholics who feared the return of the papal dictate in Europe just as much as the secret dalliances and axioms between his eternal enemies: the Russians, Austrians and French.

There he sits, now permanently ensconced in his Prussian saddle, the ruler of the German Reich, the über Chancellor, the loyal servant of William I, but not a slave; rather a protector of Germans, at home and abroad. In his left hand, he holds the reins, in his right, a rolled-up bundle. 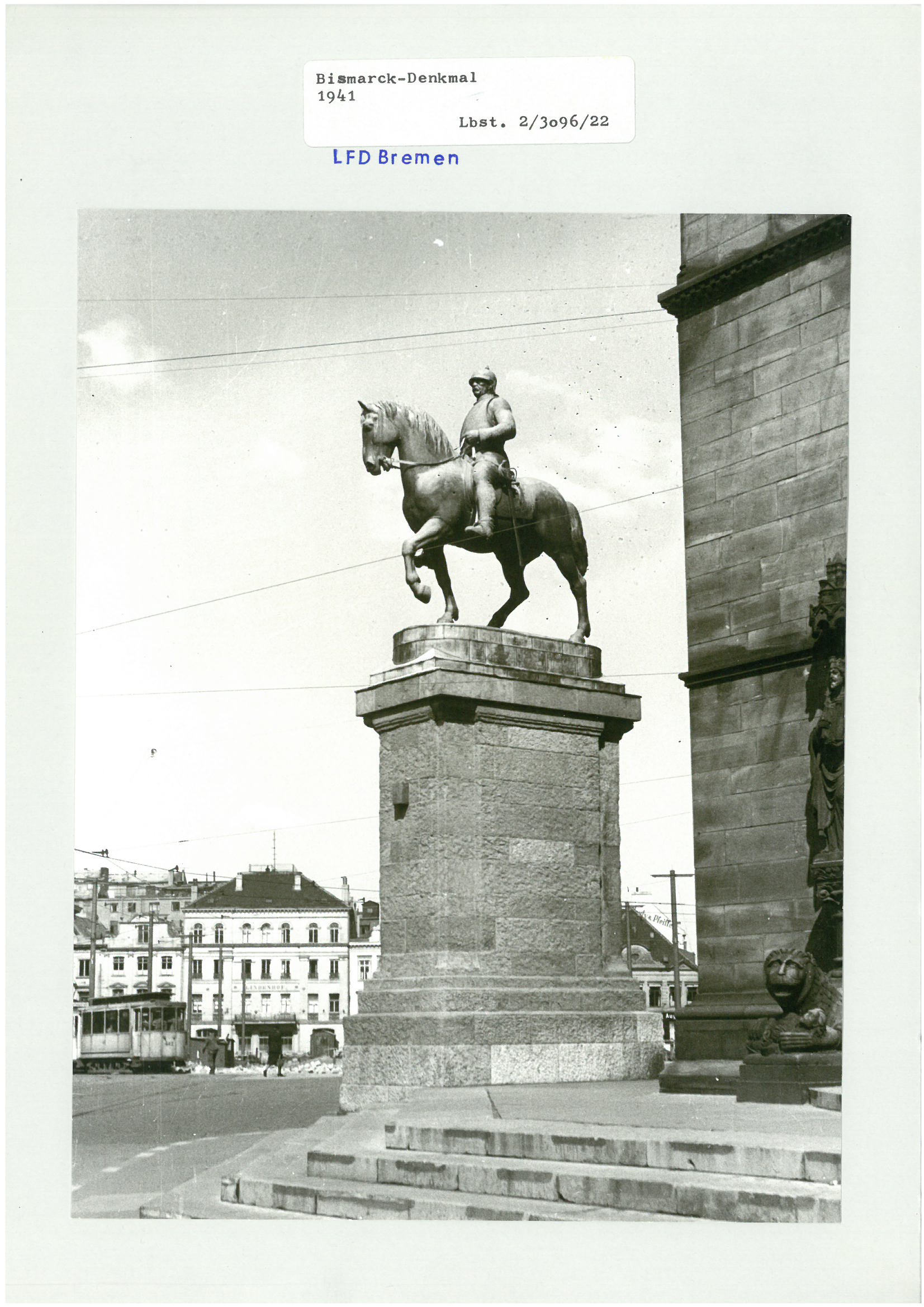 His speeches simply cannot fall silent; he has become immortal, not just because he survived two assassination attempts. For even on a horse, he continues speaking unabashed! And his speeches are feared even today; the people gathered in St. Paul’s Church can sing songs of them.

So listen, sightseers, to how he blusters from his horse down at the people: “The crown of Frankfurt may shine, but the gold that lends the shine of truth should first be gained by melting down the Prussian crown.”

Or, he likes to recite the famous “Olmützer Punktuation” again and again: “[…] it is beneath a great state to fight for something that is not in its own interest. So, show me, my lords, a goal worthy of war…”

Even Nietsche couldn’t read enough of his speeches, but the most loyal reader was the dike reeve and Reich Chancellor’s wife, Johanna von Puttkamer. She leaped into the fire for her husband when the “German question” was up for debate again and she was proud of the victor over Napoleon III, the culture war against the Vatican’s push for power and she was against the desires of the Polish for independence under the Prussian yoke.

So, it was of little use when the über Chancellor was fired by William II, whose crippled left hand must have seemed absurd to the bon vivant and dike reeve from the Elbe. Sightseers, you can see for yourselves that he is indestructible: Otto von Bismarck!